The WILDROSE BISON CONVENTION
and SHOW & SALE was a Huge SUCCESS !

Thank you to all that Participated. 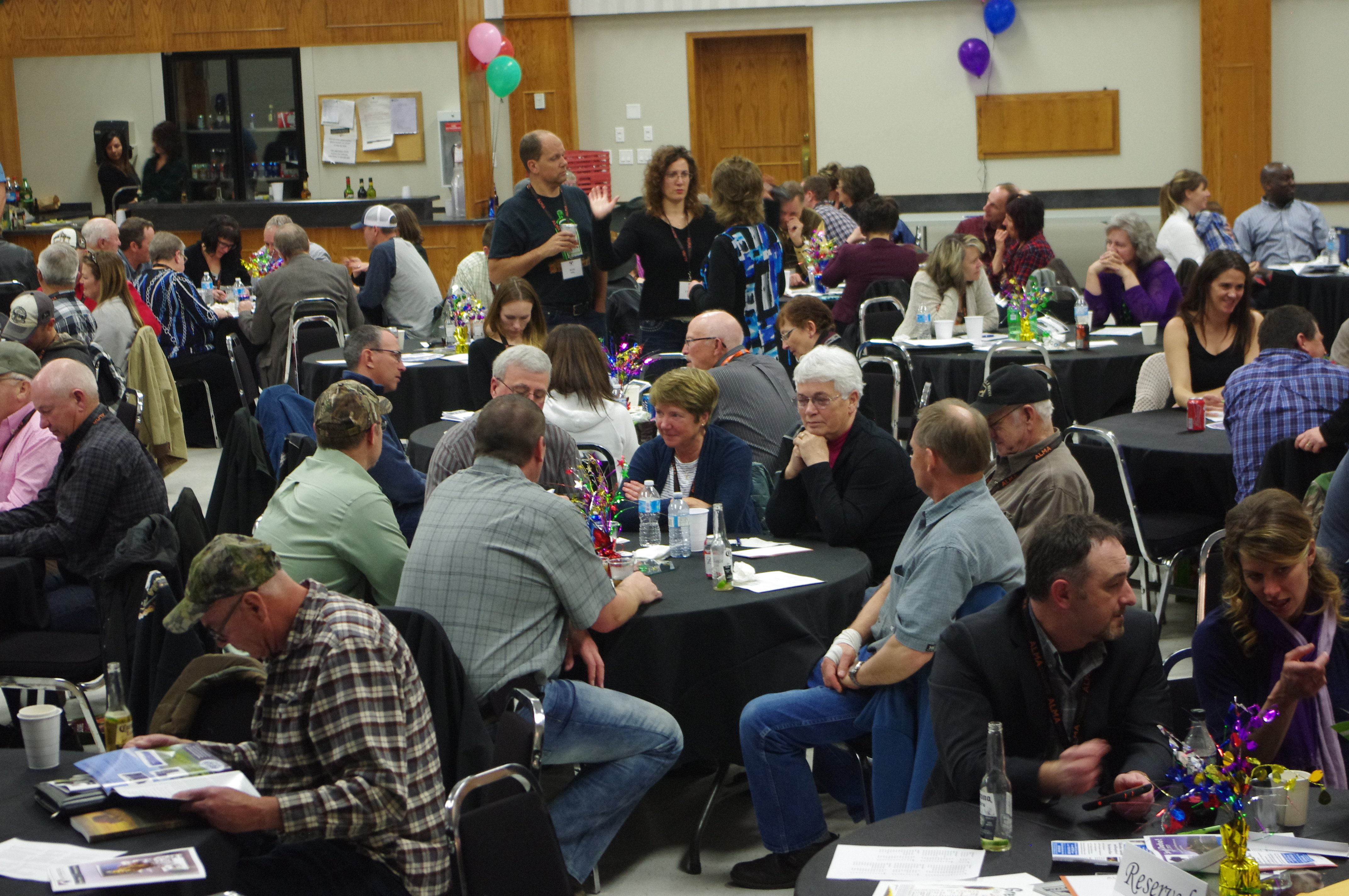 180 Attendees took part in the 2017 Wildrose Bison Convention held March 17th in Ponoka - it was such a packed house, the BPA has booked a larger facility for 2018 so that Everyone can come next year! 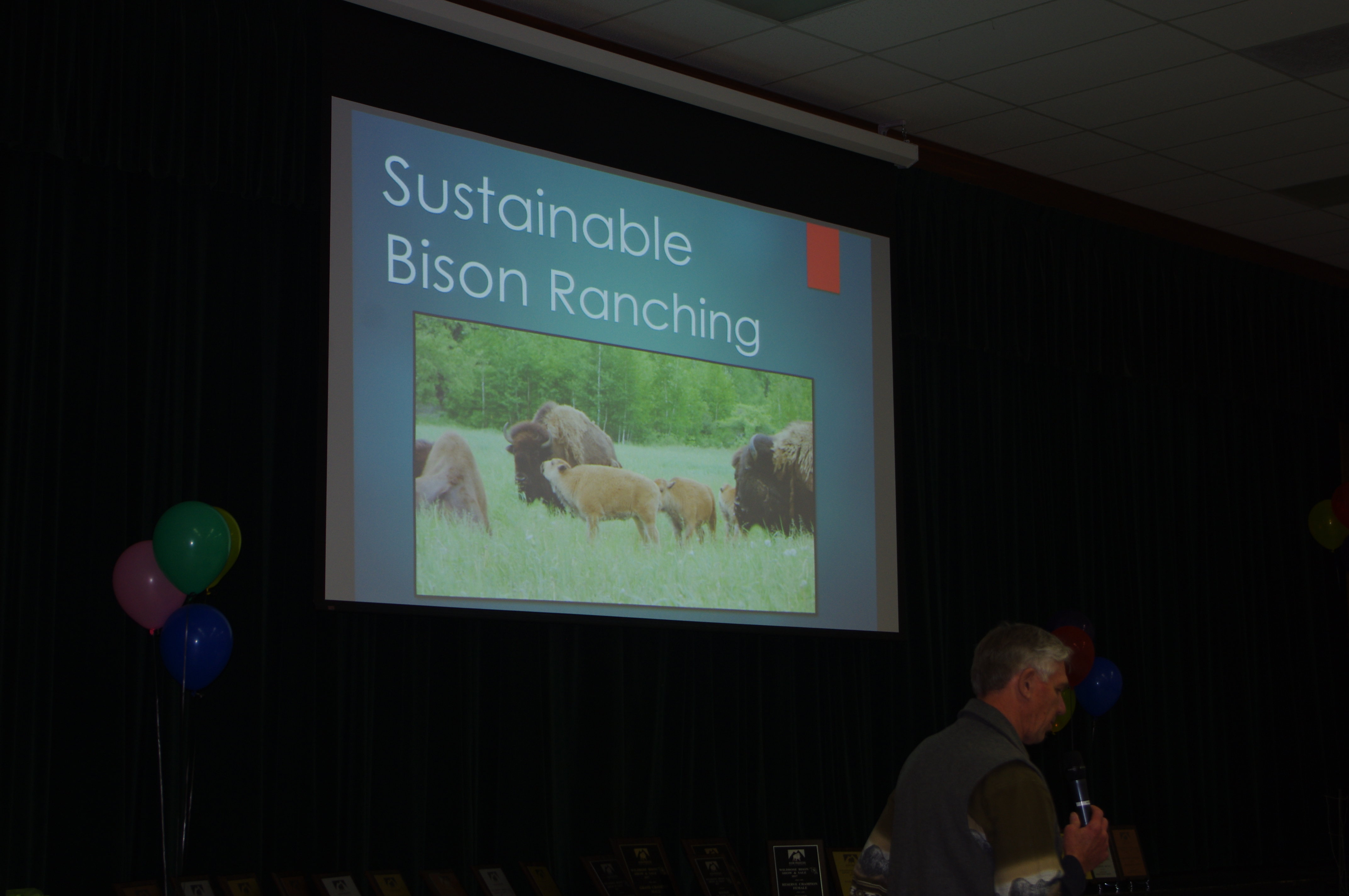 Keynote Speaker - Roland Kroos of Crossroads Ranch Consulting, Bozeman, MT presented on Sustainable Bison Ranching until lunchtime - but everyone agreed they could have listened to him for several days.  Roland was an amazing wealth of information, and used interactive technology for the crowd to participate in his presentation with their IPhones.


Terry Kremeniuk, Executive Director of the CBA, gave an update of recent activities - AND a presentation on the upcoming International Bison Conference in Big Sky, MT - July 4 to 7.

Murray Feist, from the SK Ministry of AG, was up next with 'Bison Mineral Needs' and Alternative Feeding ideas -  valuable information to both experienced and new producers.

Data from the 2016 Benchmarking Project was summarized with the highlights presented by four Students from the UofA, who did a great job with this huge task.  Bruce Gordon, Team Member with the Benchmarking Project, spoke on the value of the data being collected, and the importance of participation.

Jill Dennis with AB AG & Forestry was up next with a slide show featuing different Bison Handling Systems that were developed, or updated, with funds made available from Growing Forward.  She also highlighted the current Funding programs that may be of interest to Bison Producers, and encouraged everyone interested to contact her for assistance.

Closing off the day's presentations was a Producer Panel :
- Neil Hochstein of Alberta Bison Ranch on the value of marketing bison meat to hotels, restaurants and Farmers Markets
- Yvonne Mills of YR Bison Ranch on their progression into Farm-Gate Marketing and direst sales,
- and Steven Lunty with Jackie Fisher from Canadian Rangeland Bison on features and new products that Canadian Rangeland is offering.

Cilantro & Chive was up again catering an amazing Bison Banquet with all the trimmings!  The main comments were along the lines of "it was the best food ever at a Convention".  Kudos to Chef Reiley.


Award Presentations
Judges - Trevor Gompf and Nolan Miller- had spent the day with the 62 Wildrose Bison that were entered in the Show & Sale. The following features the winners in each Class with photos for the Gold Trophy winners, Reserve & Grand Champions : 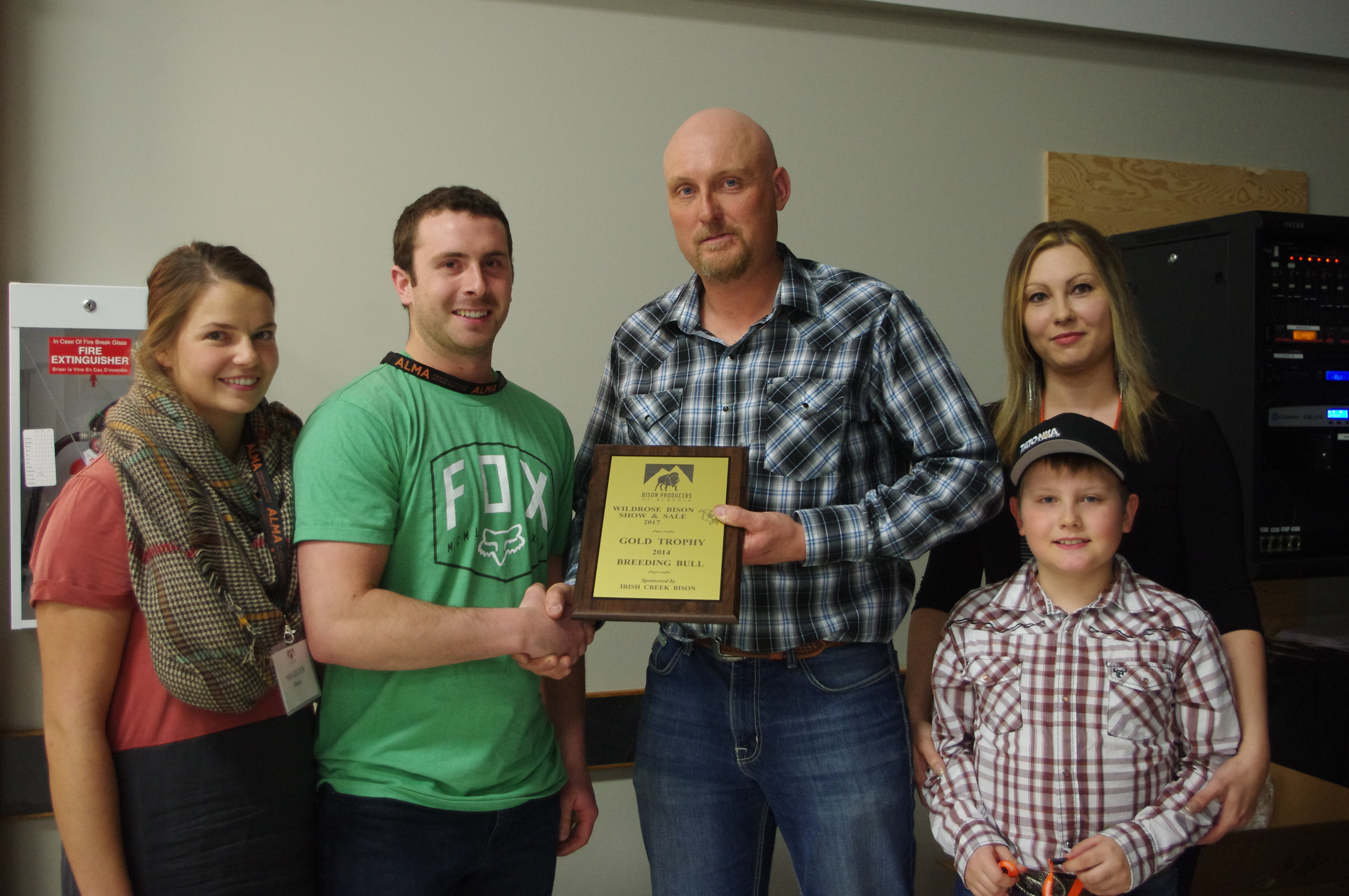 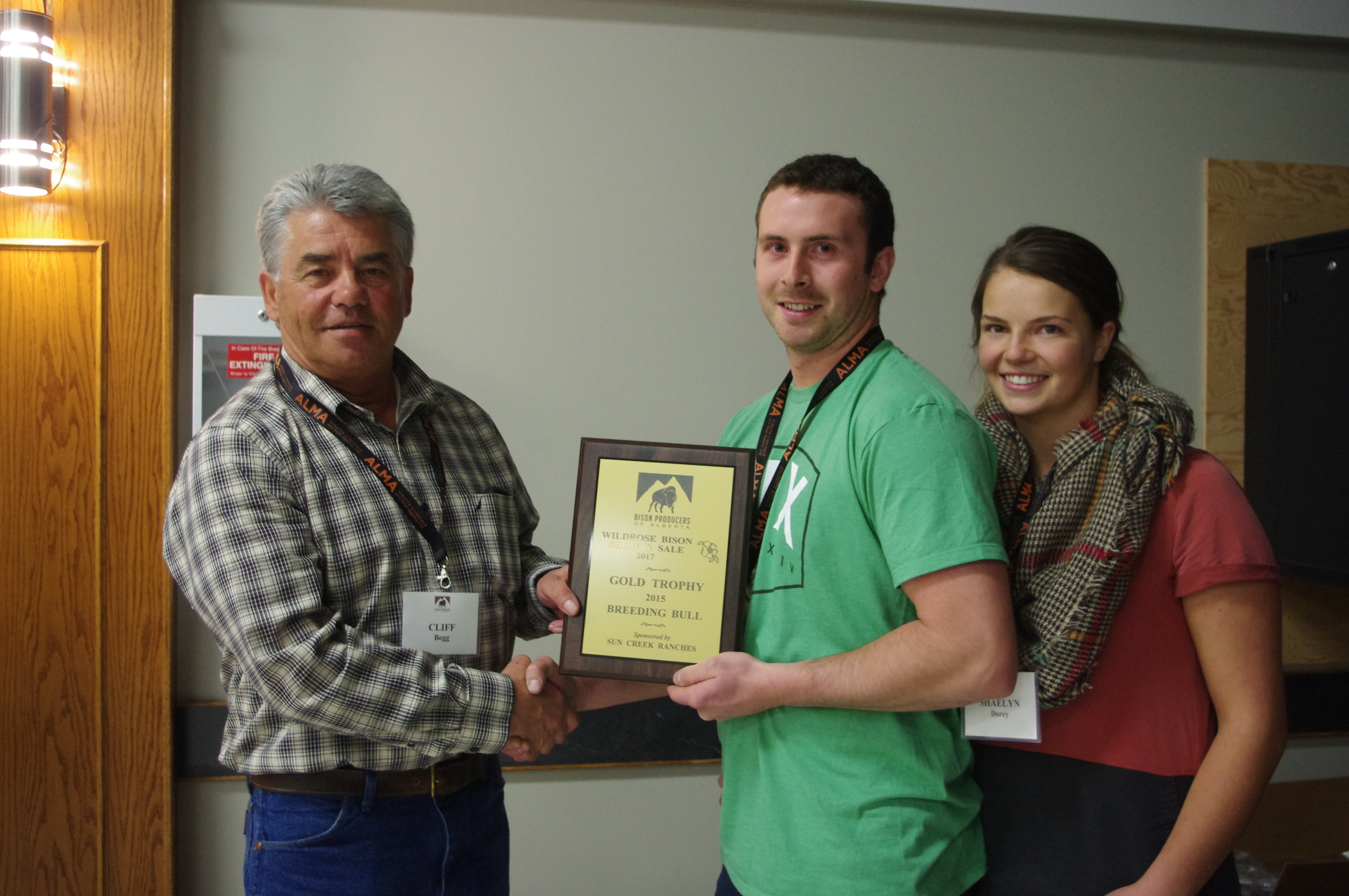 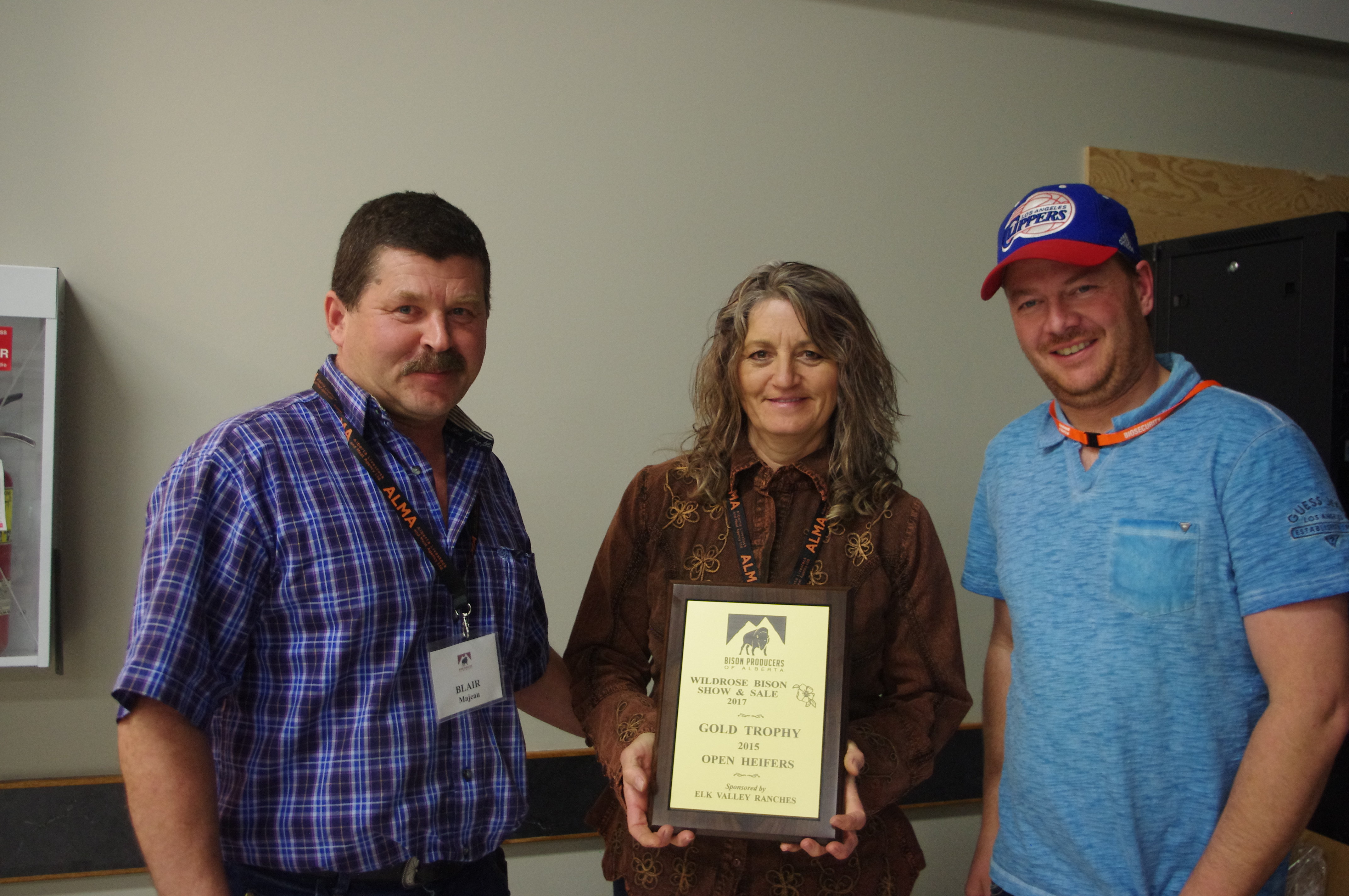 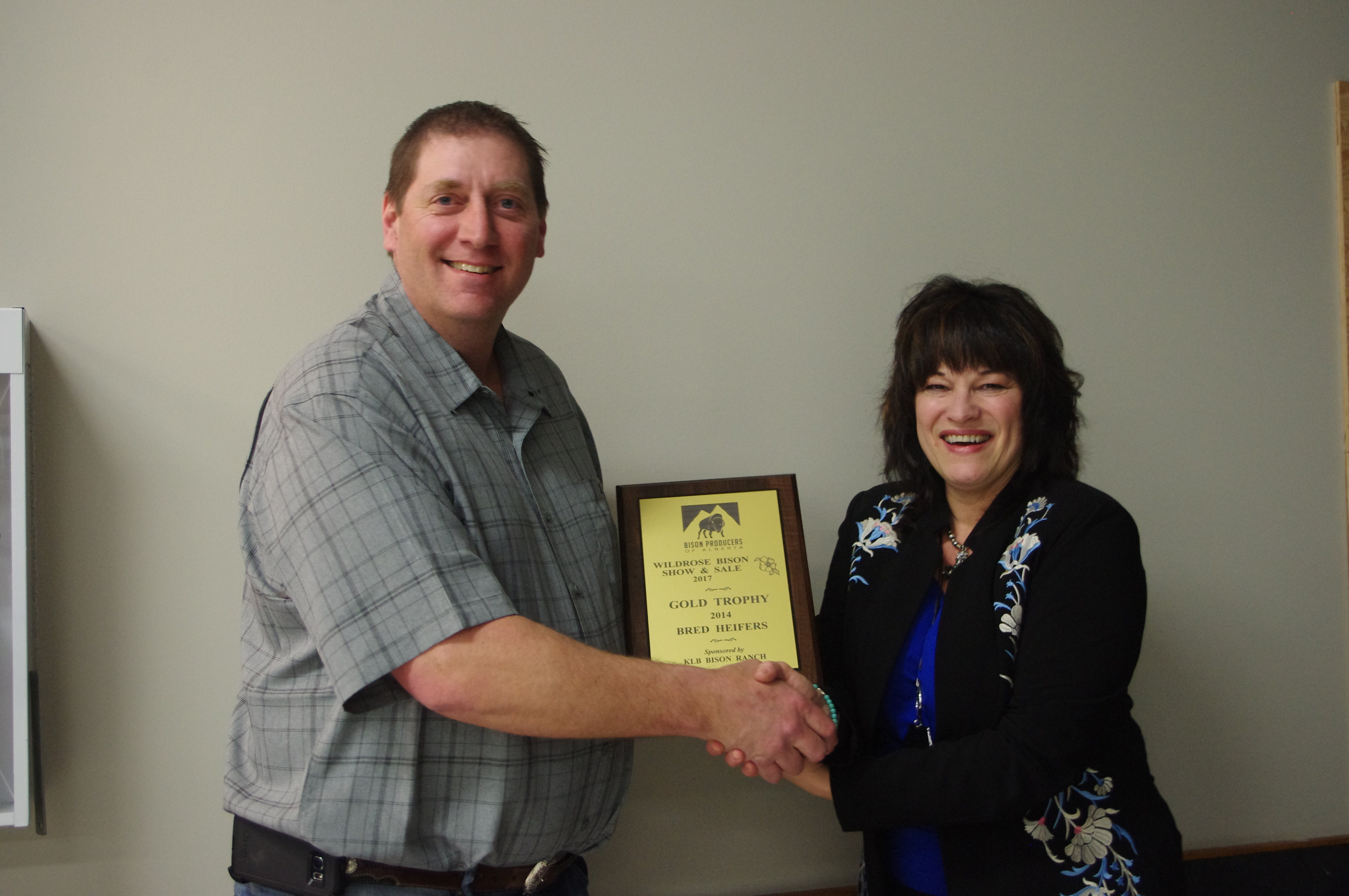 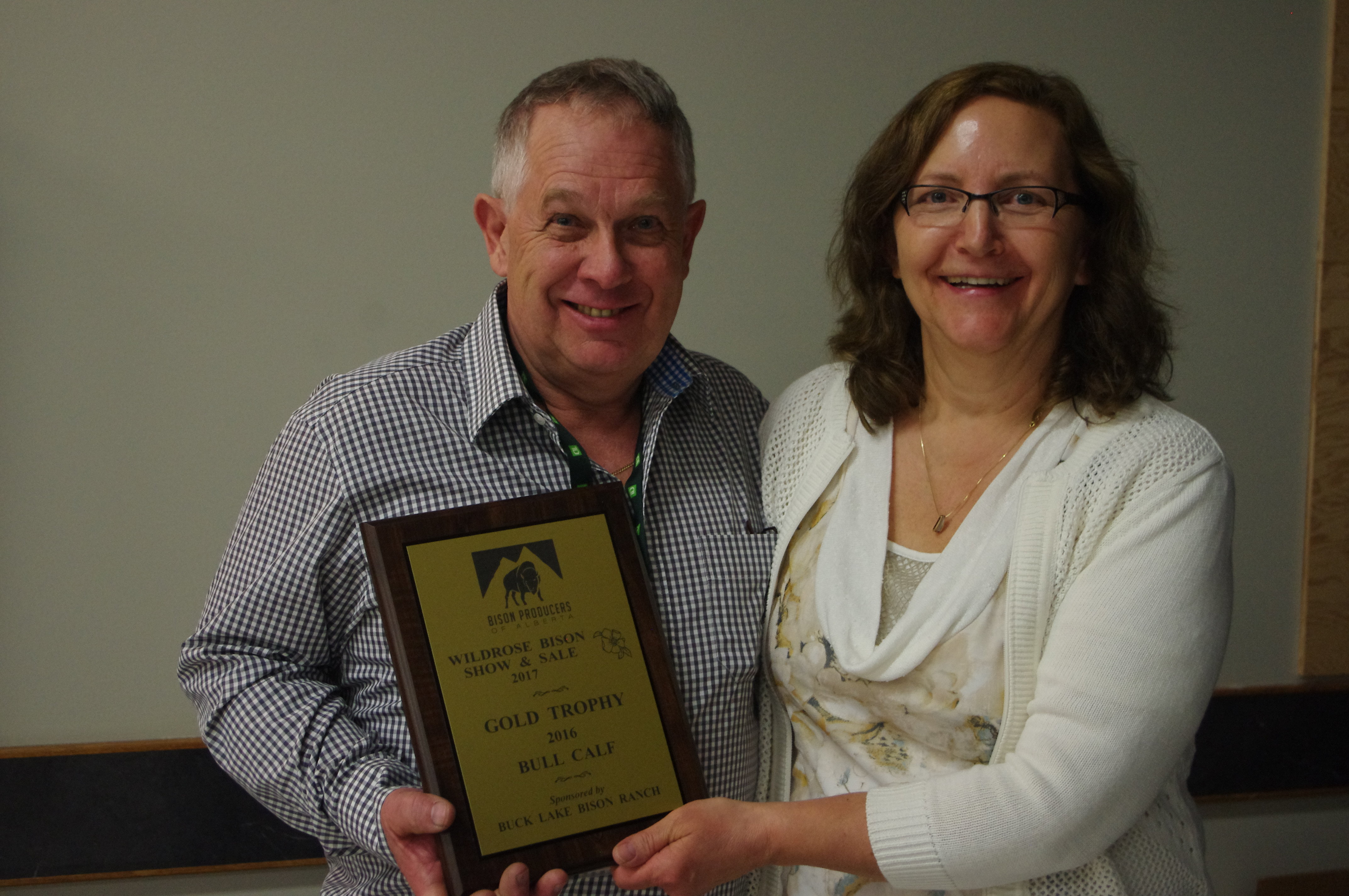 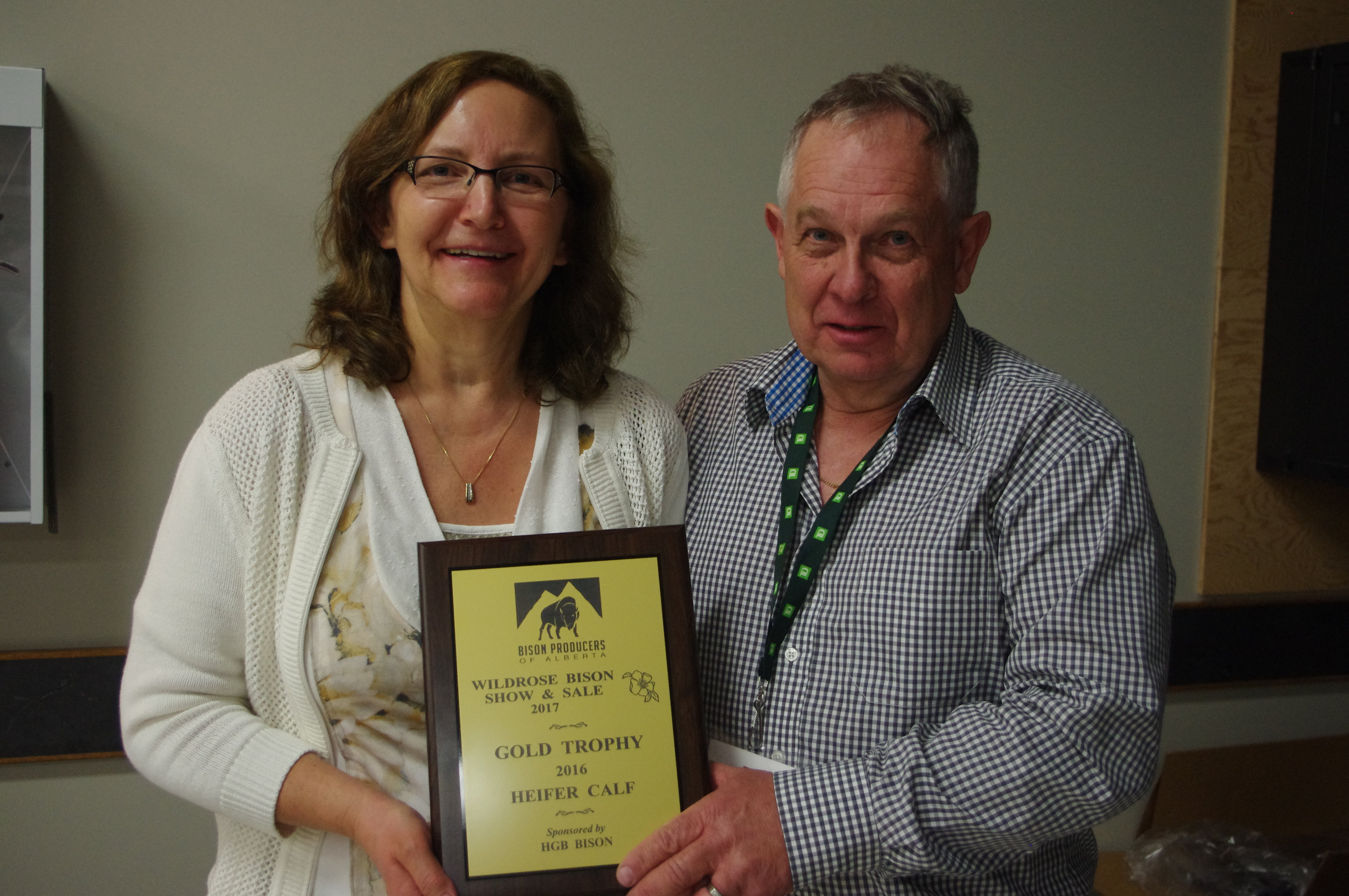 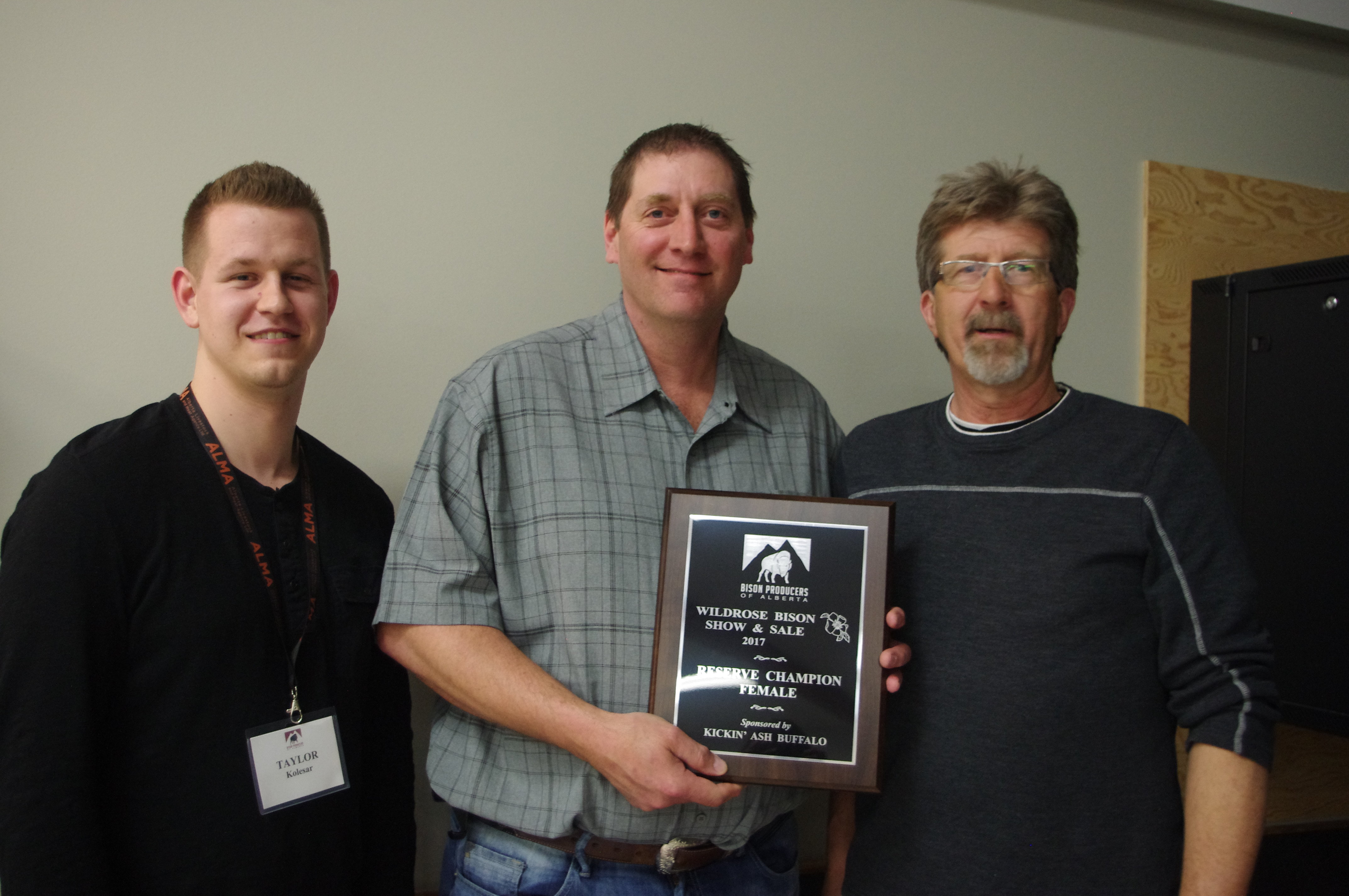 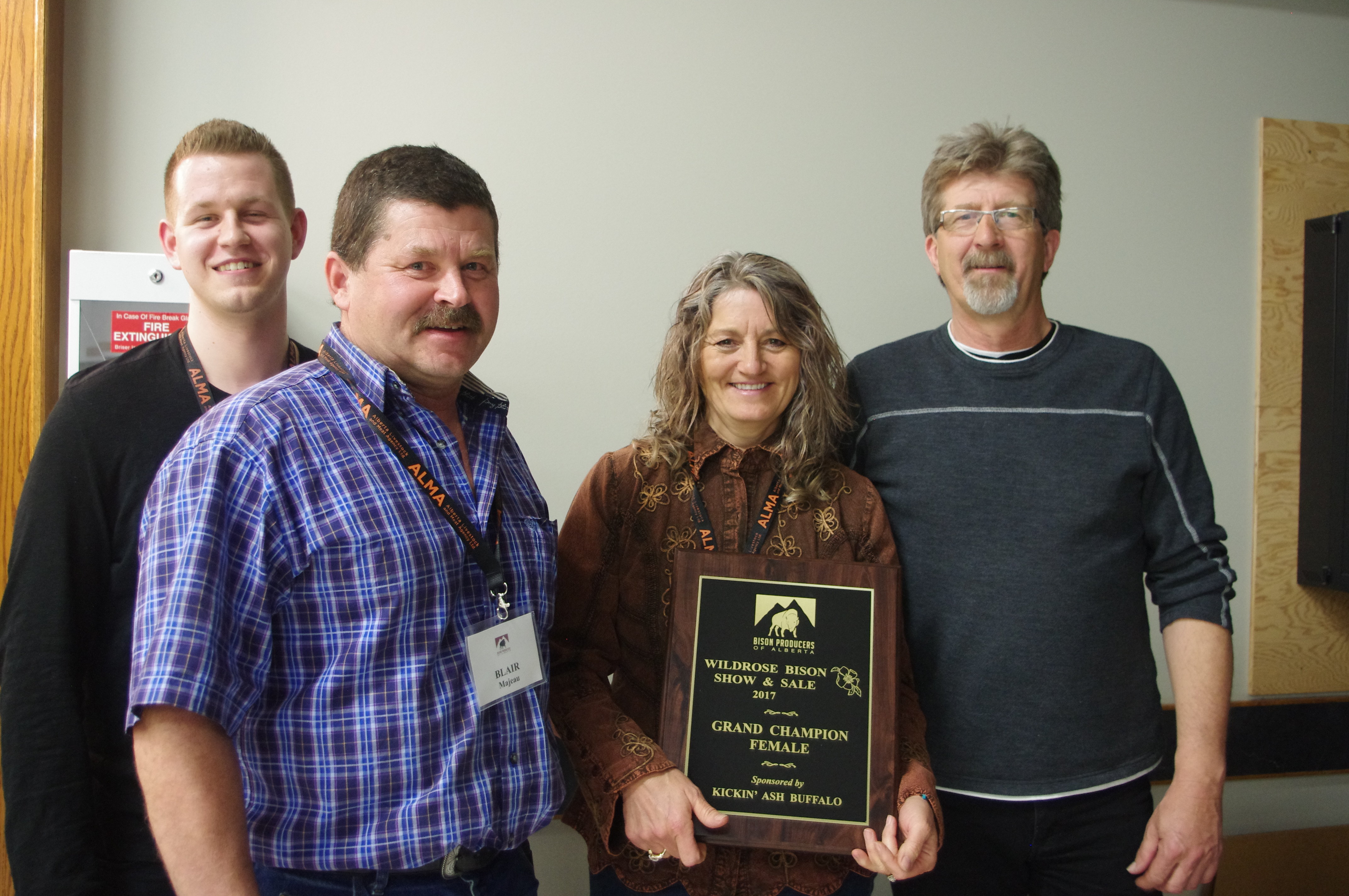 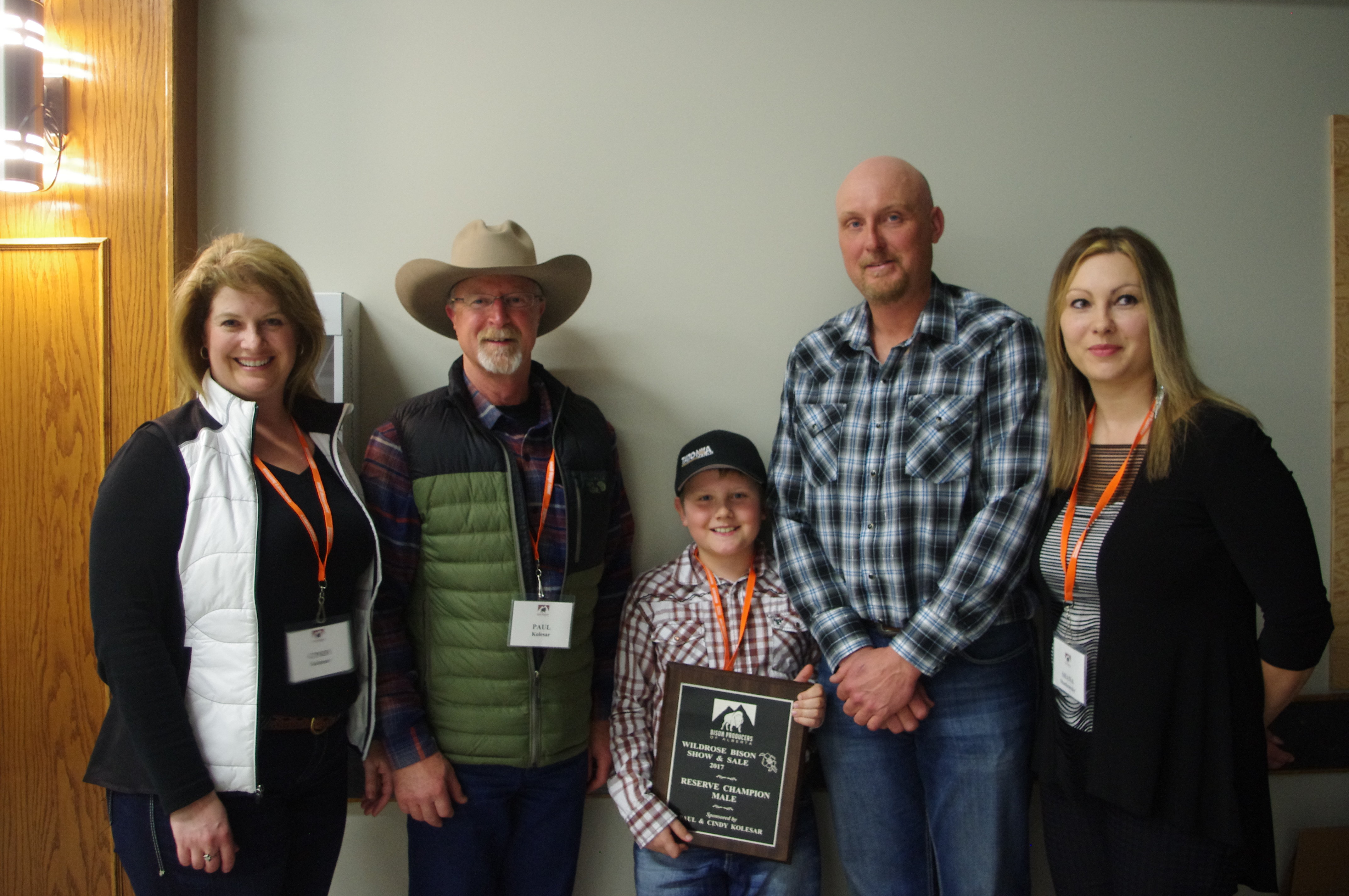 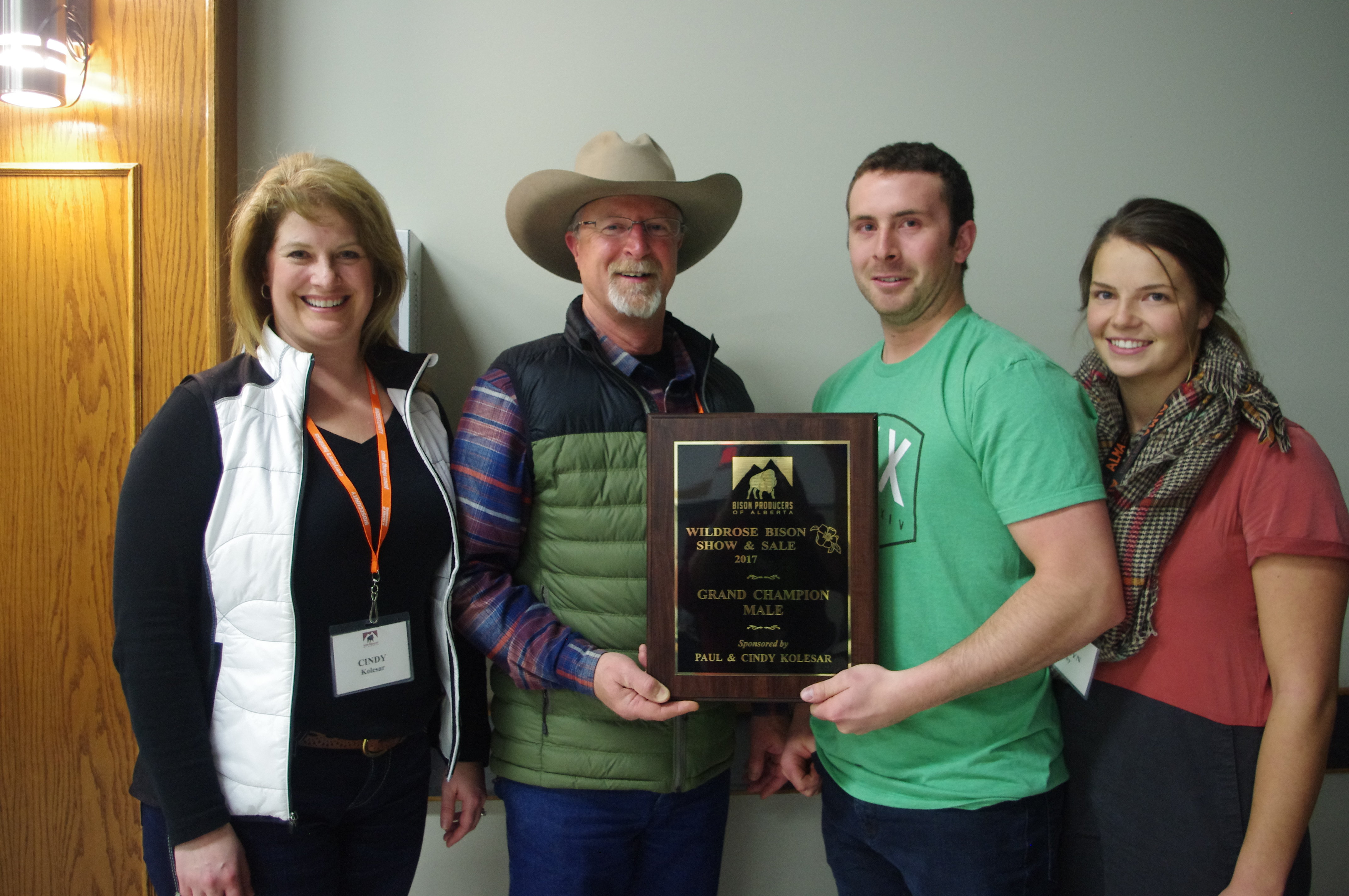 THEN it was Saturday - March 18th - Time for the AGM
AND the election of a new Director for the South Region
There were two Nominees to replace Dr. Roy Lewis (who has completed his third term of three years) - Yvonne Mills from Red Deer and Bruce Downey of Castor.  When the votes were counted, Bruce was elected by two votes.  Welcome Bruce - and thank you to Yvonne (we look forward to your continued participation). 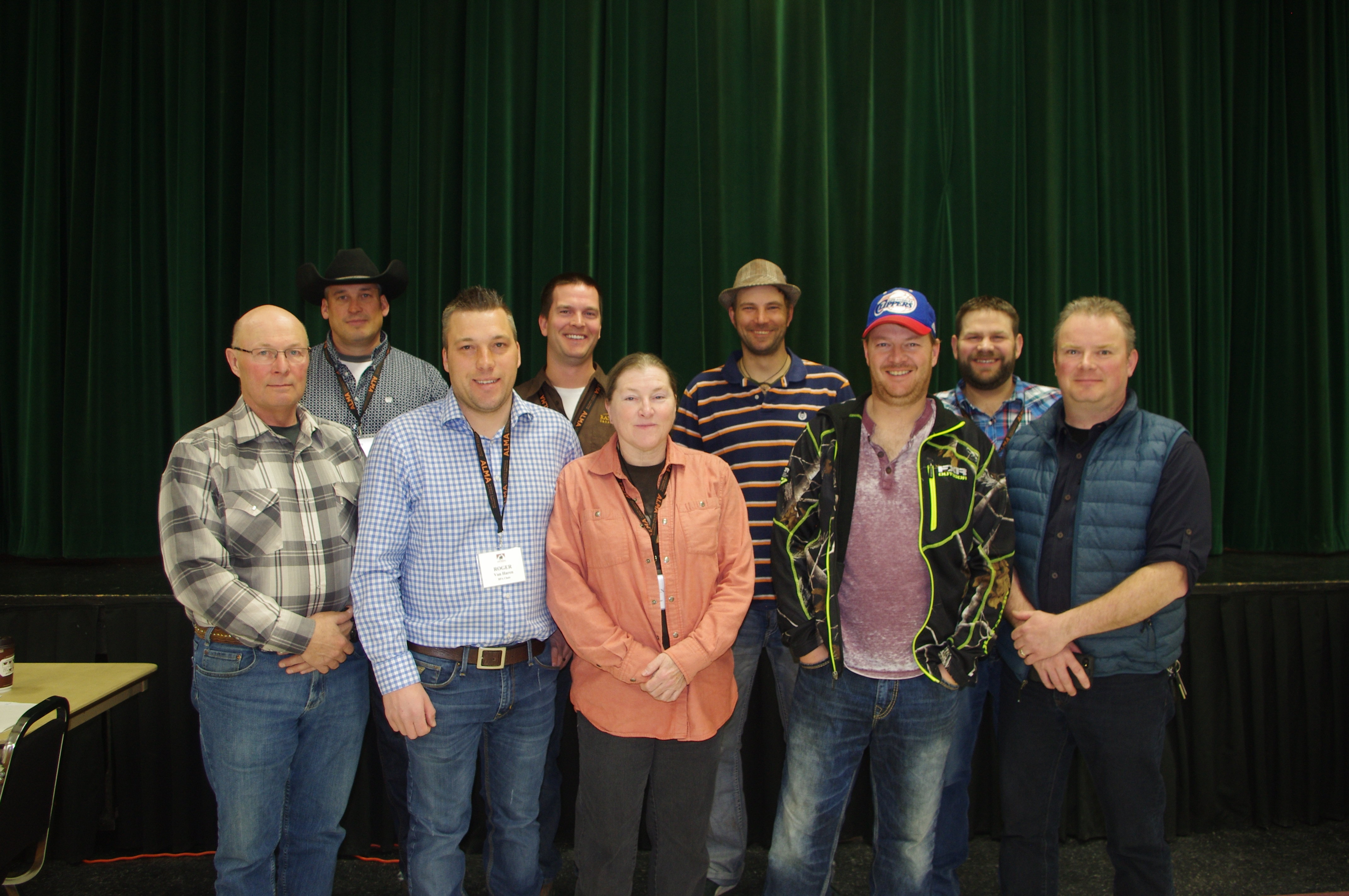 November
Peace Country Regional Meeting a Success
August
Bison Festival at Elk Island
Bison Cooking at the Calgary Stampede
Bison Cooking at the Calgary Stampede
International Bison Conference
June
Ag-Coalition Press Release on Bill 17
May
Wildrose Results
March
2017 Wildrose Bison Sales Catalogue
February
AGENDA for 2017 WILDROSE - for THOSE THAT are REGISTERED
January
WE are SOLD OUT for the 2017 WILDROSE CONVENTION !

September
New executive for the BPA

Sign up to our e-newletter today to keep up to date with us!